The LA school esquire is one of the better limiters on the market, yet it is not a brick wall limiter, instead it’s a limiter using a rarely found pumping algorithm designed to mimic sound with a linear decay (rarefaction). And this effect is only bolstered by the static ceiling (based on %). 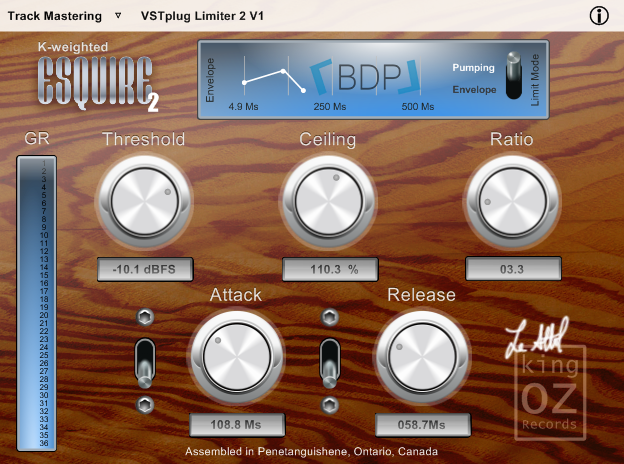 V1.6:
+ Improved the behavior of the pumping limiter by individualizing the dB detector type to threshold.
+ Enhanced the levels of pseudo morph ism because it looks neato and keen.

VST is a registered trademark of Steinberg Technologies, GMBH